Posted at 00:01h in Fallacies by Jim Cliff
0 Likes
Share

The Appeal to the Law is committed when someone equates the legality of an act with its morality, i.e. saying whatever they did was fine, because there’s no law against it.

We started out with this clip of Trump talking about the payments his organisation made to Stormy Daniels:

Then we looked at this clip of Giuliani claiming collusion isn’t a crime:

And then we looked at Louie Gohmert disrupting a Congressional hearing like a small child:

Mark talked about the rules we Brits had to follow during lockdown, which were made pretty clear and given the full force of law in this speech:

And then we heard Dominic Cummings, who broke these rules, claiming that what he did was legal

We looked at this clip of Air Bud:

And we followed that up with this clip from Frasier:

Finally in this section we looked at this clip from Terminator 2: Judgement Day:

This week’s sponsor was Jim, whose new book on how to start a podcast is free on Kindle from July 6th to 8th.  You can download a copy here. 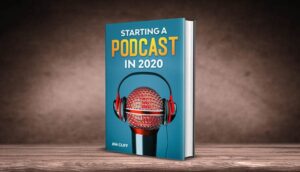 Bounties are not a logical fallacy

We talked about the reports that Russia has been paying the Taliban bounties for killing American soldiers.  You can read more about the story here.