Posted at 02:30h in Fallacies by Jim Cliff
0 Likes
Share

The Politician’s Fallacy is committed when someone recognises that ‘something’ must be done about a problem and assumes that any ‘something’ will do.

We started out with this clip of Trump explaining why he had to put tariffs on Chinese goods:

Then we talked about this Washington Post interview where he excused his Muslim ban by saying that something had to be done.

Chris (oh yes, Mark’s away this week, so Chris is guest hosting instead) talked about Brexit as one big Politician’s Fallacy. He mentioned anti-migrant headlines in the UK tabloids – here are the stats:

We talked about the Premier League in British soccer as a solution to underfunded clubs in the 80s. This clip helped to set the scene:

And we followed that up with this clip from Yes Minister:

Jim mentioned this NYU study about the public consensus for politicians to do something rather than nothing, even if the something is politically opposite from their own stance.

This week’s sponsor was Hopheads, a subscription box where you get 12 bottles of beer sent straight to your house!  Click here to sign up!

Language is not a logical fallacy

Jim talked to Dr. Norma Mendoza-Denton, one of the authors of the excellent new book “Language in the Trump Era: Scandals and Emergencies” 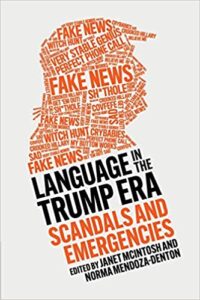