Posted at 00:00h in Fallacies by Jim Cliff
0 Likes
Share

Poisoning the Well is a kind of Ad Hominem fallacy where the attack on the person making a claim happens in advance.

By attributing negative traits to someone before they even have the chance to make their argument, the well poisoner primes the listener not to believe what they are about to hear. As it does not seek to address the actual argument at all, this reasoning is fallacious.

We started out with this from the Donald:

Then we talked about his desperate attempts to smear Mueller and his team.

In Mark’s British Politics Corner, we talked about Theresa May turning on her own MPs before they turned on her:

And then we talked about Iain Duncan Smith calling Jeremy Corbyn a Marxist who supports Maduro:

In the Fallacy in the Wild, we talked about this clip from Mean Girls:

Here are the statements from this week’s Fake News game, all of which were from Trump’s insane, rambling CPAC speech:

1) Since the founding of our nation, many of our greatest strides — from gaining our independence, to abolition of civil rights, to extending the vote for women — have been led by people of faith and started in prayer.

2) Democrats won’t stop until your taxes are higher, our borders are torn down, and illegal immigrants are allowed to vote — because that’s really what they want in the end — but neither will we. 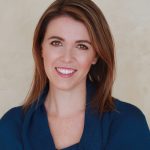 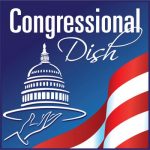 Then Jim talked to the brilliant Jen Briney from The Congressional Dish Podcast, which you really should be listening to if you want to know what’s going on in Congress.

And finally, here are the stories we really didn’t have time to talk about, because there’s been such a lot of news!

See you all next time!